In order to track variants, a portion of positive SARS-CoV-2 samples should be sequenced to detect novel variants or confirm known variants. Once the variant sequences are available, PCR genotyping assays have been developed to target particular mutations, thereby detecting the presence of variants in a region. This process constitutes the genomic surveillance programmes to detect, characterise and monitor SARS-CoV-2 variants over time. 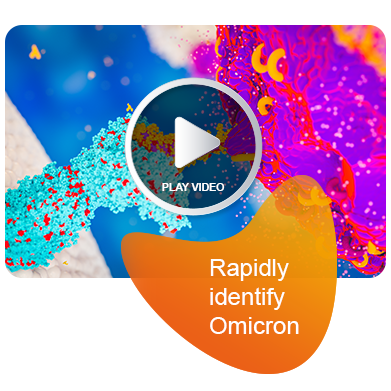 Test for COVID-19 with confidence

Upholding efficacy of our PCR assays

Stay on top of emerging variants

“WHO [advises] countries, where feasible, to increase routine systematic sequencing of SARS-CoV-2 viruses to better understand SARS-CoV-2 transmission and to monitor for the emergence of variants.”
- The World Health Organisation

How are SARS-CoV-2 variants classified?

A mutation becomes a VOC when it impacts one or more of these public health concerns:

A SARS-CoV-2 mutation becomes a Variant of Interest when:

1 Definitions of variants as deemed by the WHO.

Check out our other ValuPanel
assays for Pathogen Detection

Confirm performance of your assays

Stay in the know on SARS-CoV-2 variants

Technical bulletin: Emerging SARS-CoV-2 mutations and their effect on the immune response

Keeping up with COVID: Designing novel monitoring assays to tackle the rise of variants editorial