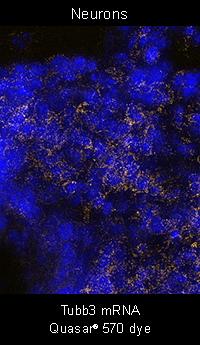 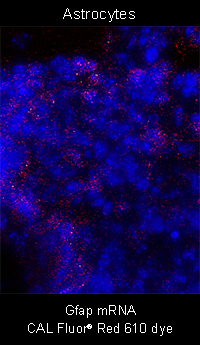 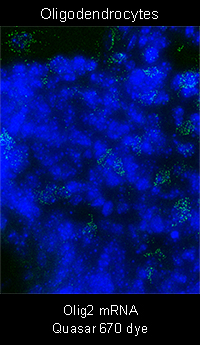 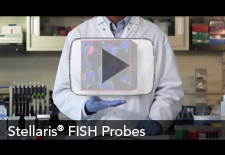 Learn about the Stellaris RNA FISH technology in this entertaining yet informative video that contains 3 segments: introduction, animated RNA FISH mechanism, and interview portion discussing the applications of Stellaris FISH.

The breadth of information which can be gathered using Stellaris RNA FISH encompasses individual RNA transcript counting, transcription bursting within a single cell, and visualizing wide bands of expression within an entire intact brain or organism. As the image above demonstrates, Stellaris RNA FISH probe sets can be used to differentiate between cell types in the brain and is completely compatible with either cells or tissue. 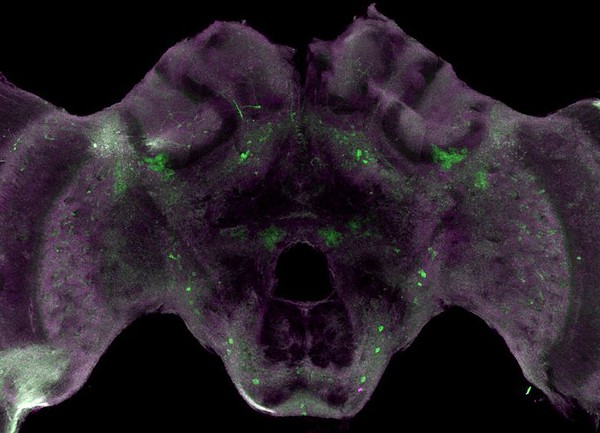 Fluorescent microscopy can be challenging in the brain due to high autofluorescence, so we’ve developed a specific protocol for use of Stellaris RNA FISH probe sets in mouse brain and a tech article to walk you through some applications. 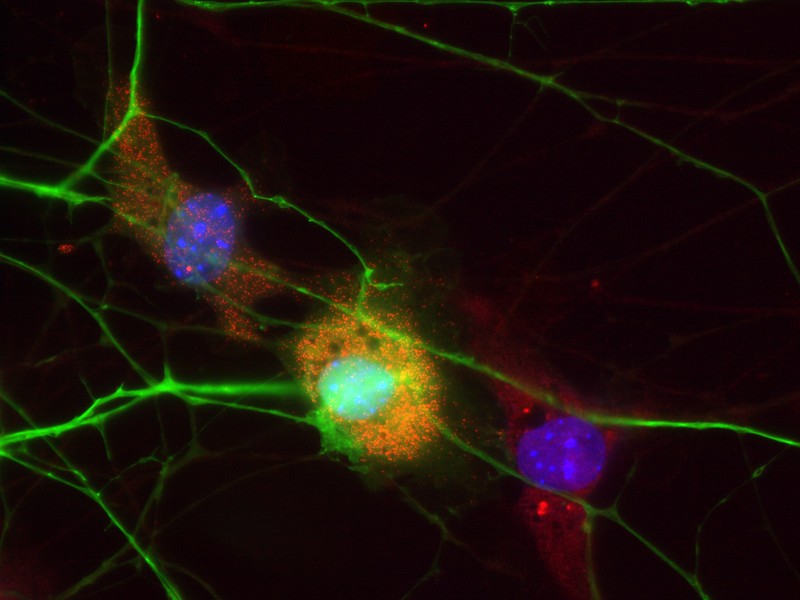 Deficiency of the Survival of Motor Neuron Protein Impairs mRNA Localization and Local Translation in the Growth Cone of Motor Neurons . Claudia Fallini et al. The Journal of Neuroscience. 2016.

Whole tissue section to single RNA transcripts in one image

Target RNA expression in regions of the brain and also perform single transcript counting in a single image. Below is an entire section of mouse brain probed with Stellaris RNA FISH probes against Plp1 mRNA (green) and imaged using the Stellarvision imaging platform. The resulting image allows you to zoom in on single transcripts from the full brain section view. 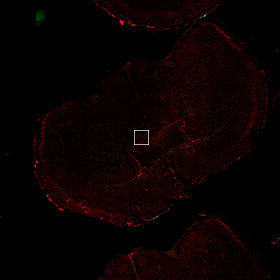 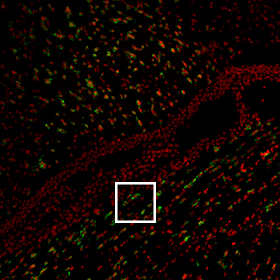 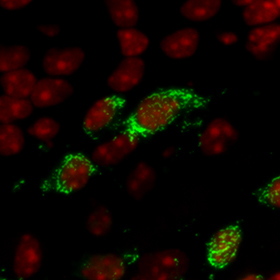